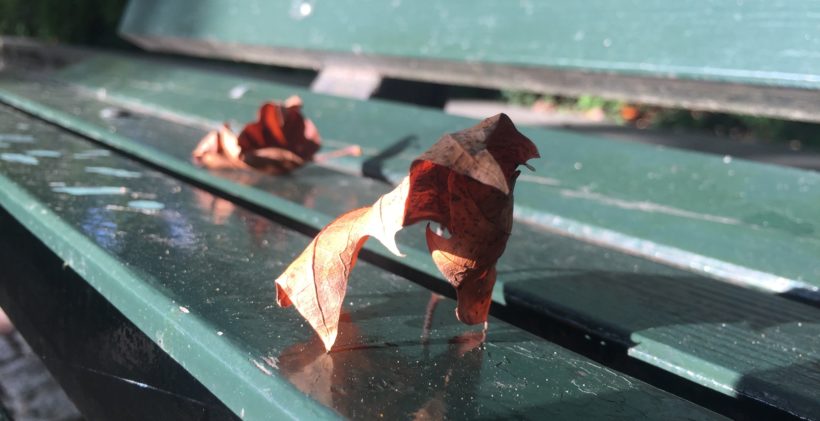 You can’t edit a blank page. But that’s what happens when someone pulls that disappearing act on us, we’re left with a blank page.

It’s the same with someone who simply goes silent on you. Someone you share a story with in which the end isn’t written and will never be. Someone who decided to just be a chapter in the book of your life, even if this is the chapter that matters to you. A lot.
And now it ends with an unfinished sentence and a blank page.

And in this moment it suddenly matters more than anything else.
The little messages, just a smiley here, the asking of a small favor there. Being picked out and put in floodlights amongst a flock of people unexpectedly. The one moment in which a few sentences of appreciation were spoken while the face was not a mask but a torch of regret and the eyes swimming. This one moment in which you couldn’t say a word because you felt too much.

It suddenly matters more than anything in life that this was the only moment you had and will ever have. Even if it made you build castles on quicksand.

Because you can’t afford to lose who you already lost and never had. Because if the ship has to sink that person is the one you want to sink with. Because you’d give a piece of your liver, a kidney, whatever it takes just so that this soul lives.

But you stare on that blank page, and however much you blink, whatever you try, words won’t bleed on it.

The few pages in this unfinished chapter mean the world to you. You’d give a kingdom for it to never end, for being able to write on in that blank page you hold in your hands. But you can’t do it alone, and the other part has thrown away the pencil.

Just like actions speak louder than words, often silence speaks the truth. But silence can be so unbearable that at a certain point, if you can’t break it and with it the chains that hold you, you know you will never be okay again.

So, you might have to turn out the light. Even if it feels like cutting off your leg with a rusty saw. It’s when you realize you can’t reach this person anymore, no matter what you do or say.

It’s the mountain you can’t climb. The ocean you can’t swim. The desert you can’t cross. The Chinese Wall you can’t overcome. This one living soul suddenly is a galaxy apart from you, and though you know it you keep gazing up at the sky knowing this one is out there somewhere.

And just by keeping that person in your heart, by recalling advice and replaying memories you’ll include that special one every step of your way. And in the distance that builds between you two some truths are no longer shielded but come in full view. One of it being that the impact of that person on your life will continue forever.

You know that in this chapter love is a losing game, yet you still play. You still lose. You hold on to the blank page you so desperately want to fill hoping some day you’ll breathe again.

You know we tend to do to others what has been done to us when we were kids. You still play along, you still lose. You forgive. You play on. You lose more.

You ask yourself with a heart capsized is there really no end to this? Will I be standing still now for the rest of my life in midst of all the pieces of me which are scattered on the blank page where they will never stick?