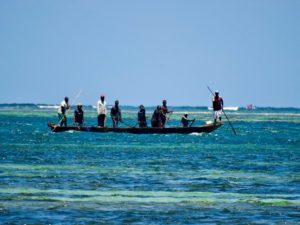 In this fast paced world full of people, buildings, technology I had lost pace. I had lost count. I had lost most of what I ever had. But most of all I had lost myself. I was exhausted, worn out. I needed a way back to myself. And I found that in a place I never thought I would: on a Safari in Kenya.

I booked the trip to Kenya on a gut feeling when the year was coming to an end and I was at the end of my rope in more ways than one. I didn’t think. Someone mouthed the idea and I jumped. 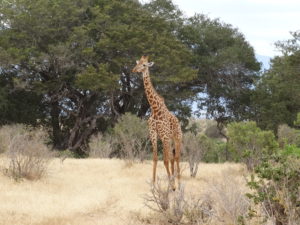 Next, I was washed away by doubt. Kenya. Africa. Malaria. Crime. Politically not stable. Ilnesses, bacteria… Is that really the place you go when you’re too exhausted to even decide where you would want to go?

Too late. Flights, the hotel – all booked.

So, I got the yellow fever vaccination I didn’t have, a prescirption for malaria prophylaxis medication, a handful of sterile wrapped needles (just in case my doctor said, but I should call him first before I go to any hospital – how reassuring), a lot of  „are you sure you’re doing this“ questions from friends, and off I flew into the heart of the African continent, the very place where we humans come from: Destination Mombasa International Airport on Kenya’s coast. 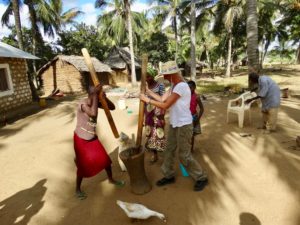 d where I was bound to learn more than a thing or two. About myself, about wrong images and misguided reports, and about what it means to open your heart.

The first glimpse of African culture being making others happy makes itself seen upon arrival. It’s the officer who smiles at you while she asks if you have anything to declare. 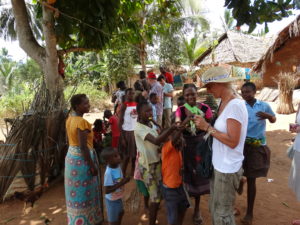 It’s the guys who fun fight about winning you as their customer for changing money, one of them whining with a smile in his face and the other putting on a show as the winner hardly able to contain his laughter. It’s the taxi driver who hands you a bottle of water and asks you a million questions on the way to the hotel. It’s the lady at reception who insists on getting food first and having your luggage brought to your room in the meantime. It’s the waitress and the chef closing the restaurant late so that you’re not hungry after your long flight. They all care about you, your well being and they will do as long as you stay. 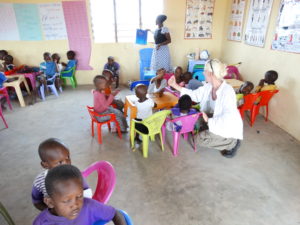 It felt confusing to be so fuzzed about. To be asked so many questions. It couldn’t be all these strangers were really so interested in me, could it?

When Stephane asked me if I was scared with nothing but black people around and explained that he thinks he would be surrounded by only white people I started to realize how different from us they are. When Gilbert wanted to know how many Euros a German has to spend on food a month, when Alfonse showed me his village, the house he is building to start a family and his chicken which are his pride, when Celine told me about the four kids she raises alone and manages to send to a good school it slowly sank in that in Kenya meeting a new person means trying to make a new friend. 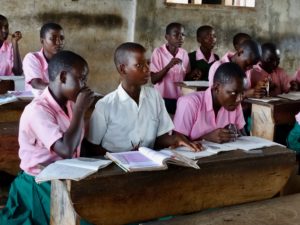 I got invited. Into villages, into homes, into hearts. No one asked me for money or things. The poorest shared their meal with me.

All of this is overwhelming in itself, especially for us coming from a world where our worth is far too often measured by what we have, not what we give. A world where we put up a show, present ourselves as successful and strong, where failure is no option and pain and hurt a weakness if not worse. A world in which our hearts are not open  and meeting others doesn’t lead to a real encounter. 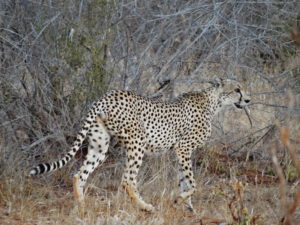 I was that typical European who lives in the fast lane of success and modern world despite the fact that I wasn’t. Not in my soul. I had lost myself trying to fit in and telling my heart to shut up. And I didn’t know it before I embarked on the real adventure during this trip: three days of Safari in Kenya. 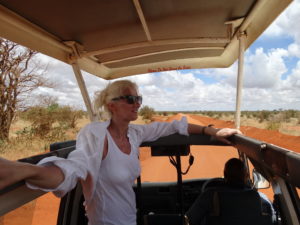 It’s that feeling of freedom standing in the car with the roof open, gazing at the wide open country. The savannah stretching under a huge sky and no human being around, no building, no nothing. It’s the girafes eating leaves off the crown of a tree, the elephants and zebras at a big water hole in which a hippo stands like an island. It’s the silence you can hear and the knowledge that all is as it should be, that the  world is in harmony, in peace. 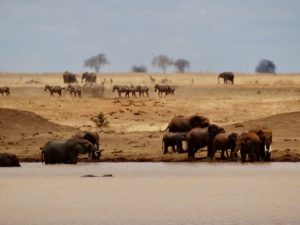 After a day in heat and dust nothing tastes as good as a hot soup at the lodge and a cold beer by the camp fire where I sat watching the night fall fast as all sorts of animals came to the water hole to quench their thirst and the hippos waded out of the water to find some grass. And when I fninally lay down in my bed in a tent I fell asleep to the sounds of wild animals and a lion roaring close by. 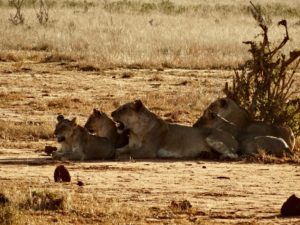 The nights are short on safari in Kenya, breakfast is at 5 am to be on your early game drive before dawn. But the best thing of all is to be brave enough to walk.

The massai was armed with nothing else but a spear. In silence we walked across the savannah guided by his knowledge and pure human instincts. He taught me to tread silently on dry grass, to calm my pulse and so my breath, and to use my senses to know where the animals are. 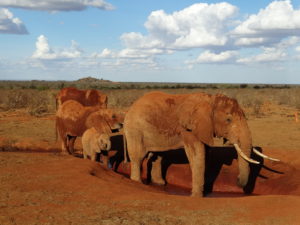 In perfect silence we stood shoulder to shoulder under a sky full of stars that met the horizon in a silvery line where the sun was about to climb out of its bed. We stood and listened, felt and smelled.

A gentle wind caressed my face and played with the ends of my blouse. For the first time I understood what it means when they say you can hear silence. 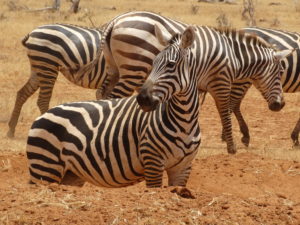 And then I smelt it. Elephants somewhere to the left, zebras right ahead and something I couldn’t quite place to the far right. That’s monkeys the massai whispered and started to move.

It’s exactly that moment I will never forget. The second it hit me, with impact. the fact that I could do this, that I was walking across the savannah in Kenya, unafraid, at peace, in harmony with the world and myself. Calm inside and out.

I had found my way back to myself. And I had learned something new: That I had something very Crocodile Dundee in me which I hadn’t known before. And that I was able to open my heart and trust a complete stranger.

On this perfect day I was only myself, a human meeting another human, not afraid to show my hurt, my scars or face his, able to extend a hand and to grab one extended to me. And it was okay. I was okay. I was enough the way I am. 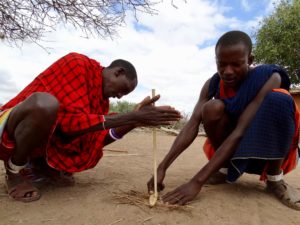 I am okay. We all are. Just by being us. No matter how rich or poor. It’s not what we have, it’s what we give that matters. And only if we are brave enough to give ourselves, to show who we really are, if we open our heart and invite the other one in, if we are brave enought to let others touch it, we will experience real encounters with people.

Only then we will not be lonely.

I spent only two weeks of my life in Kenya, and from this only three days on safari but there is no measure for how big this gift is that I was given.