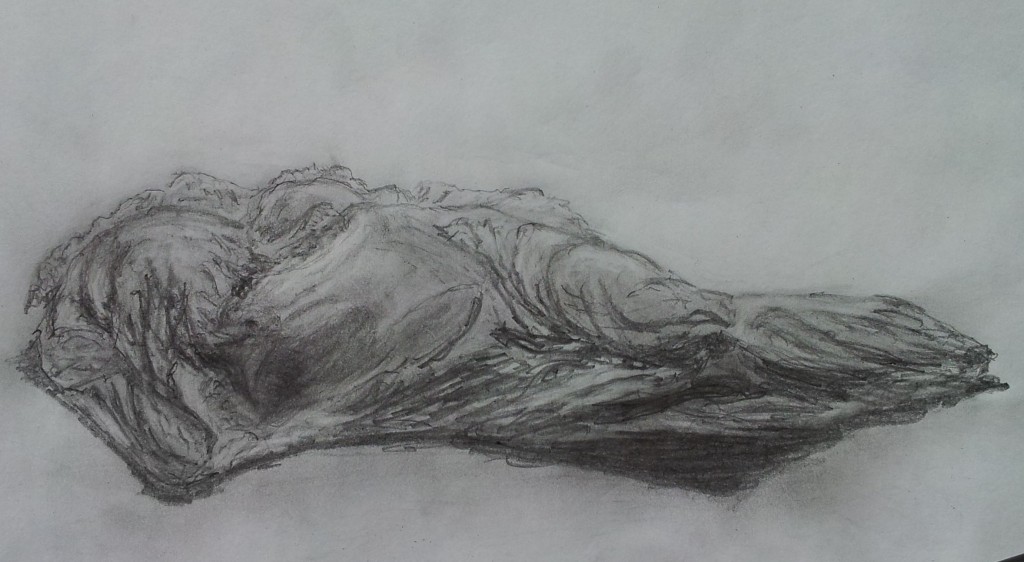 Life is a persistent thing. The human body can be old and sick since years, the soul and mind unwilling to live on, the person eating and drinking so little it seems impossible to keep the spark of life simmering… Still death has to battle and struggle hard to win.

It’s scary to watch, so unable to do a thing, so helpless, so out of control and powerless. And sometimes it’s even more fearsome to face my own thoughts that come to mind unwanted.

The moments in which I pray that my mother will be able to die because she suffers since so long and  – let’s be truthful here – because I simply don’t know how I should be able to stand this whole horrifying situation any second longer. Other moments in which I fear nothing more than losing the one person that gave me life. The thought of being an orphan soon with no nest to turn to, no wings to crawl under and hide, and overwhelmed with sadness I feel like a four year old only months before turning fifty.

I thought this was bad. All the sorrow, the fear of having to watch her suffer, of losing her, the not knowing what will tomorrow bring. And it was. But I learned there’s an increase in bad.

My mother, the solid rock in all sorts of surf and storm, is crumbling, disintegrating.

And then it’s there, the moment no one wants to face: You are asked to take a decision. The docs tell you every medicament, each treatment will only prolong the unstoppable process of dying. Then they look at you, armies of question marks spread all over their faces. And you know the reasonable thing is to say yes, stop all medication, no, don’t get her a stomach tube, yes, end glucose transfusions… You know it’s reasonable and absolutely the right thing to do, and your mother wouldn’t want it any other way could she still say so but it doesn’t feel right. It simply doesn’t feel right.

No one knows how long it will take until finaly life will surrender and let death win. Until then the emotional roller coaster will not stop and let me disembark. But at least we’re out in the open now.

I am still afraid. I realize how my perspective on life shifts dealing with death on a daily basis. It doesn’t get less frightening or easier. I don’t get used to it. But I do understand that it’s wrong that we try to keep dying away from us in this society instead of accepting that it’s part of life and learning to live with it from beginning to end.

I still have to take deep breaths each time I walk into my mother’s room and look death in the eye. But at least there are no more ghosts jumping at me from the shadows. It’s all in the light for me to see. I don’t shy away. I am that solid rock now because I have to be. I will bear this with her. And I’ll do all I can to save her from suffering.

I already know I won’t be the same when it’s over. And hopefully, I’ll be a better me.