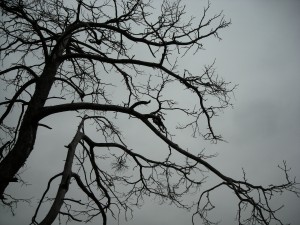 Death is part of life.
Maybe the part we fear the most.
So, what happens to us when we can’t ignore its existence anymore? When we have to deal with losing a loved one? When it’s our own mother and death bares its teeth, letting us know „you’re next in line“?
How can we cope?

Nearly four years ago my mother went into a coma over night. At the hospital she very slowly gained consciousness again but stayed critical, could not get up or even eat and drink. Several check-ups, CTs and MRIs later she was transferred to palliative care. The docs there told us she would live a few weeks, maybe some months, but she would not see another Christmas.

I remember this past summer as one in which I had to face death in a new way. Before, people around me had died either all of a sudden at a much too young age or very tenderly due to kind doctors who knew how to ease the pains of diseases like cancer. All of a sudden I had to learn to deal with looking into death’s grotesque face on a daily basis. I had to swallow fear, take deep breaths and be strong. And miraculously I did quite well. I was able to keep my fright at bay and didn’t even have nightmares.

Some weeks later my mother was still around, able to talk, eat and drink again. The docs said they had never seen a patient in her condition live on. She was transfered to a home for the elderly, bedridden and diagnosed with Parkinson’s triggered by medication intolerance. Since then she can sit in a wheelchair, talk, eat and drink but is dependent on help for anything else like hygiene, dressing, etc. She has good, bad and worse days. Plus she developed a rare form of dementia named Lewy Body Dementia which doesn’t let her forget things and people or make her confused but delusional and panicky.

In September my mother will be 84. If she lives to see this day.

Since some days her condition got worse. She got a lot weaker. She is confused about days. Her eyesight is more and more veiled. Trying to eat she misses the soft cake with the spoon she holds akwardly in her bony hand. Her eyes are more bloodshot, her skin color very pale. She retreats into herself, dozing away mid-sentence and forgets she wanted to say something.

This change came so suddenly that I, visiting her, felt fear grab my heart with an ice-cold hand. There it was, death, huge and cruel. Hers, my own, the inevitable consequence of life. And while my mind reasons that death will be a relief for my mother, my heart kicks against my rib cage in protest against my helplessness.

Why could I deal with this so well four years ago and not now? Have I had the doors to my emotions shut so tightly then while they are wide open now? Have I mellowed in this short span of time that much? Obviously. But how can I cope with it now? And what is making me so afraid?

Four years ago my mother’s imminent death was something I could look at from a distance, a distance that was sheltering me from my fear. Today, I can’t say when and how I crossed those miles. I only know I’m there, not one inch apart from it. As much as I’d want to I can’t let myself shy away now and run. It would be inhuman towards my mother, and I would never be able to forgive myself for it. In addition it would be a missed chance to grow, to get to know another part of me, to grow and lose some of my limitations. I have to look into that grotesque face, throw back my shoulders and walk right into fear.

It’s not that I panic to lose my mother, it’s about seeing her suffer. Having to watch her fight death, desperately holding on to a life that wants to, needs to leave and her not being able to let go. It’s about having to sit next to and just bear it with her. The pain, the suffering, the fright, the helplessness, maybe in the end even being suffocated by the hand of a death that wins over the weakening spark of life within her body. I don’t know how to do this. Not now. But I will have to find a way.